Hara bhara kabab is generally a round shaped mix vegetables Patty or tikki which is either baked , shallow fried or deep fried. It is widely used as an appetizer. 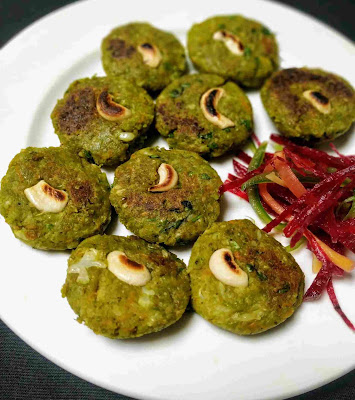 And the second one is with chopped vegetables like French beans, carrot, cauliflower, potato and green peas in

Use of different vegetables like beans, carrot, cauliflower and green peas to make it more nutritious.

These vegetables are finely chopped and cooked till dry. Then all other ingredients are mixed to make a dough.  This vegetable dough then divided into small balls to make round shaped kabab.

Which are then shallow fried or deep fried till crisp golden.

Hara bhara kabab are served as an appetizer with cilantro mint chutney.

First method
Grate half of a cauliflower head and half of a carrot. Make one cup fine puree of green peas and half cup of spinach.
Heat a pan with some oil and fry some ginger garlic paste till raw smell goes. Add the grated cauliflower and carrot and saute till moistures evaporated. 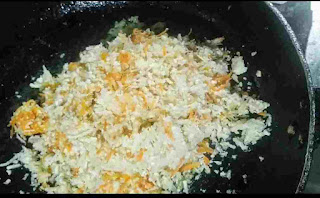 Then add the green peas puree and cook for 2 minutes. 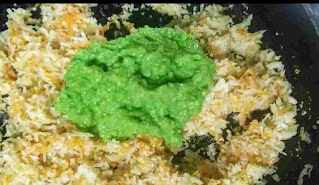 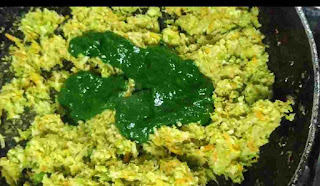 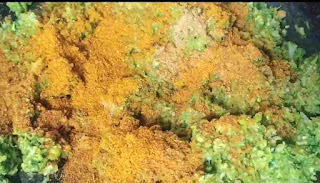 Mix everything nicely and cook further one more minute and then remove the mixture. Let it cool down completely.
Add some corn flour and bread crumbs. 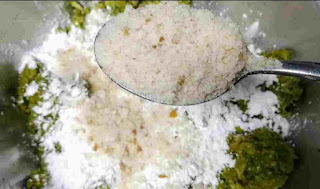 Mix well to make a smooth dough like mixture. Sprinkle some chopped coriander leaves and mix everything again. 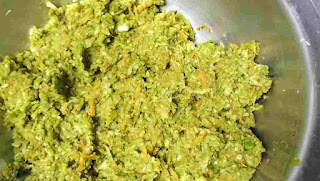 After that divide the mixture into small equal parts and roll to make round shaped balls. 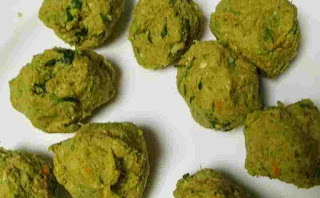 Insert one cashewnut at the centre of a ball and press lightly to set. 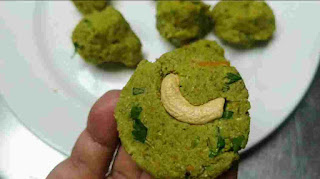 Now press the ball between the palm of hands to make a round shape patty. Make more with the remaining mixture. 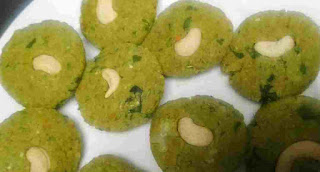 Heat a pan with oil and shallow fry them from both sides and serve. You can deep fry them till crisp golden as well. 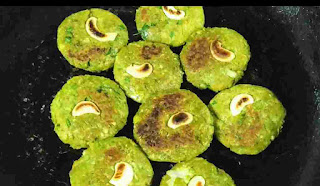 First wash the vegetables and leave to dry. Then with the help of a sharp knife start to chop them one by one. Try to chopped them finely. If the chopped vegetables are big in size then the resulting Patty make get break while cooking.
So try to make fine chopping.  Alternatively you can use a grater to grate them as well which is very simple.

If you have a Mince machine then you can choose a different method to make hara bhara kabab.
You can deep fry all the vegetables till  all moisture from them evaporated and they become lightly crisp and cooked.
Remove and cool them completely. Using the mince machine make mince (keema) of the fried vegetables.
Saute the vegetables

After chopping all the vegetables or grating them, heat a pan with one tablespoon cooking oil over medium heat flame. When the oil become hot lower the flame to low.
Then add the chopped vegetables and saute till get cooked and all the moisture evaporated.
Shaping the patty

Now add all the ingredients one by one and mix well. And make a soft dough.

Add some cashew nuts to the mixture and mix. Adding cashew nuts gives an extra health benefits. It is optional.

Making the kabab
Divide the vegetable dough into small round shaped balls.

Take one ball between the palm of your hands and roll slowly. Then slightly press the ball to make a flat round shaped Patty.

Repeat with all the remaining balls to make more patty.
Cooking the kabab

For shallow frying, take a non stick pan and heat half tablespoon cooking oil over medium heat flame. When the oil become hot lower the flame and slowly add the kabab one by one to the pan and fry . Flip the kabab when one side is done and cook the other side as well. 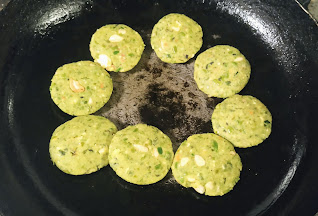 Similarly you can deep fry the kabab as well.  Heat oil in a deep vessel pan or kadai over medium heat flame and when the oil become hot lower the flame to low. We need to fry the hara bhara kabab in medium hot oil so that they become crisp and we'll cooked from inside as well.
Now carefully add them into the oil and fry till become light brown and crisp. Remove them in a kitchen paper.  Serve them immediately in a garnished plate with green chutney.
You can also bake them but best result come when you shallow fry them. Arrange the kabab in a plate and garnish Serve hot with Mint sauce.

For more vegetable or veg starters or snacks

Hara bhara kabab is a popular snacks made with mixed vegetables. It is green in colour due to the use of green peas and palak paste. Finely chopped or minced vegetables are mixed with spices, corn flour, bread crumbs and mashed potato or paneer to make a dough. Small round shaped Patty are made from the dough and shallow or deep fried till crisp golden. You can make jain hara bhara kabab as well.

How to make the recipe