How to make paneer bhurji

Paneer bhurji is a popular vegetarian dish made from finely grated paneer, onion, tomato and other spices. This is an easy and simple paneer recipe that you can make within 20 minutes. 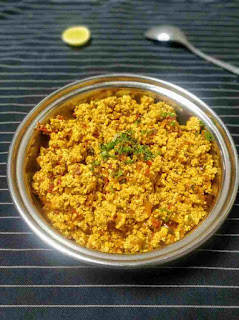 What is paneer bhurji ?

The term bhurji is also associated with some other popular dishes like Egg bhurji and Bhindi bhurji. So it can be defined as scrambled paneer with onion, tomato and other spices.

Before we jumped into the recipe, let us look at how nutritious this paneer bhurji is. Paneer a dairy product has many health benefits which includes, rich in protein, can strengthen bone and teeth, maintain blood sugar levels, good for heart health and boost weight loss.

Paneer : use soft and good quality malai paneer. Make sure your paneer is not hard. If possible use a homemade for the best bhurji recipe.

Most popular one is to serve with some homemade roti or chapati. This paneer bhurji also goes well with other Indian flatbread like tandoori roti and butter naan.

Pav, bread rolls and slices of bread also work fine. In breakfast this paneer bhurji is often served with pav like bhurji pav.

Steps to make the bhurji with pictures

So grate the paneer nicely with a grater. 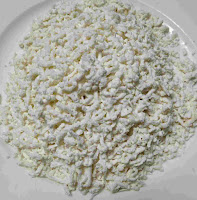 Heat 2 teaspoon cooking oil in a pan over medium heat flame. When the oil become hot add the cumin seeds to sizzle. Then add ginger garlic paste and cook till raw smell goes.

If you to make the paneer bhurji spicy then add some chopped green chillies and fry.

When the tomatoes become soft and messy add the grated paneer and mix nicely so that all the spice masala are well mixed with the paneer.

Cook them for around 2 minutes under slow heat flame. Cooking paneer for long time can make them hard and chewy.  So better to cook them under 2 minutes.

Add some fresh chopped coriander leaves into the bhurji and give a final mix.

Squeeze some lemon juice over the bhurji and remove to serve hot.

In the above step after cooking the tomatoes with spices you can add half cup of water and simmer for 2 to 3 minutes to make a gravy. Then add the grated paneer into the gravy and cook for more 2 minutes to make paneer bhurji with gravy. You can have this with rice as well.

In some certain community faith foods like onion, ginger and garlic are prohibited, you can make a paneer bhurji jain by avoiding to use onion and ginger garlic in this recipe.  For that after frying cumin seeds, add the chopped tomatoes and cook. Then add the spice powder and grated paneer to finish the dish.

Paneer also known as cottage cheese is one of the most popular food item in India. This paneer bhurji(Cottage cheese bhurji) is loved by kids as well. It is hugely popular in northern states like Punjab where most dhaba served it with tandoori roti and Naan.

If you love the recipe of paneer bhurji then you would love the below paneer recipes as well.

Paneer bhurji is a popular dish made finely grated paneer, onion, tomato and some spices. This paneer bhurji recipe is best to serve with homemade chapati and roti.